Field trip to Brooklyn. Part of my forced hiatus from the workshop. Spending a couple nights at my sisters place. A stop at Gramercy Tools and got a few items, luckily its not very retail friendly, or I could have … Continue reading → 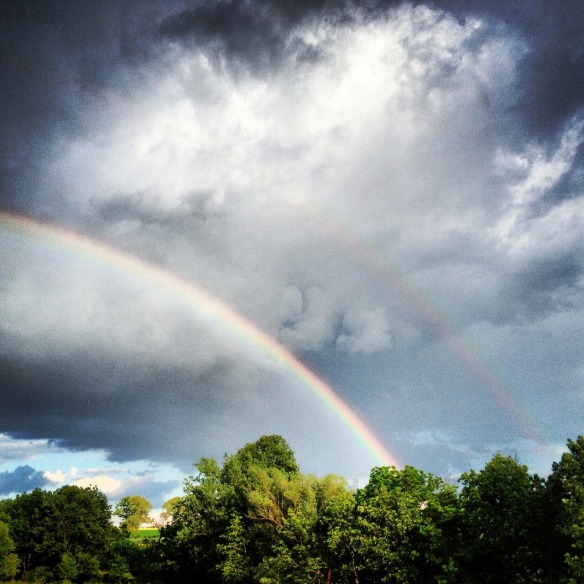 Played a gig on upright last night. It was a party at a house out in the country. Weather was beautiful. It rained for 5 minutes at a set break. So I took a quick pic of a nice double rainbow.
Ran into some old friends. Was also offered to take a bunch of local wood from trees on the property. Including some Osage orange. Sweet. 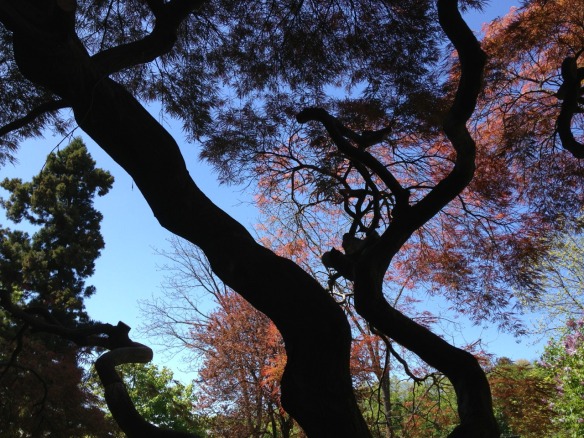 Had to do a major pruning to the Japanese maple yesterday. Love this thing, especially when its red in early spring. It’s like sitting under a 16’ tall bonsai.

A few thousand people just ran past my house this morning in the Yuengling 5K.

Saw Charlie Hunter and Scott Amendola tonight.  Just heard about it yesterday and got tickets. Don’t think it was promoted well by a local jazz festival.  Had great seats in a small venue.  It was fantastic!  Probably one of the most inspired performances I’ve seen in a long time. 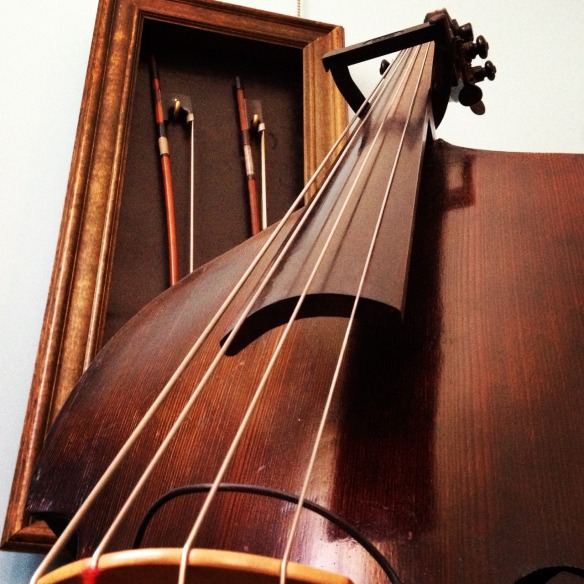 Quick phone pic to accompany my post. My bass and bows.
Gig went well last night. I keep meeting really cool people lately too. Band was me and my friends Paul on piano and Mark on drums. Joined by Tony a 70 year old sax player for the last hour. He used to play in the Navy band. One of my favorites to play with. He always calls interesting tunes. Thank heavens for the real book on iPad.
So I met a world class drummer last night. He’s friends with my piano player and they were talking while we set up. His name is John Riley and is one of the top jazz drummers in the business. Nice guy, he was on his way out, or he would have sat in. That’s ok, it would have made me really nervous as I certainly am not nearly close to the level of bassists he plays with.
It’s strange. I live in a small town in rural PA but we’ve had two incredible drummers move to the area in the past couple years. I met John last night and the other is Eric Harland. He lives next to my friend but I haven’t met him yet. Guess being a quiet, beautiful place within 2 hours of NYC is why.
Fun stuff.

Scraping in a raking light. Waiting for a cutter blade to anneal in the oven.
Backs are about to thickness. Weight is within 2 grams of each other. This piece had some knots I didn’t see till I resawed it. Doesn’t really bother me though. The other back is a bit nicer. 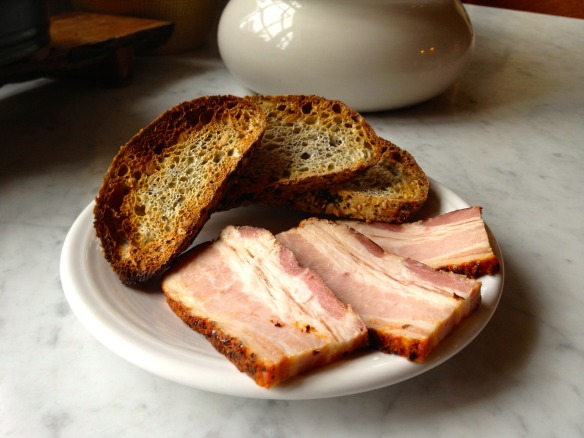 Lunch after a morning in the shop.

I’m on a new diet.  This was prescribed my my doctor. It’s one of the best meats I’ve had in the US!  Called peppered bacon and its made not too far from here.  Room temp on toast…Good lord!

Ok, so his doctorate is in music.  But he is a smart man!  He has never led me wrong on music, smoked meats, or beer, so who am I to not follow doctors orders? 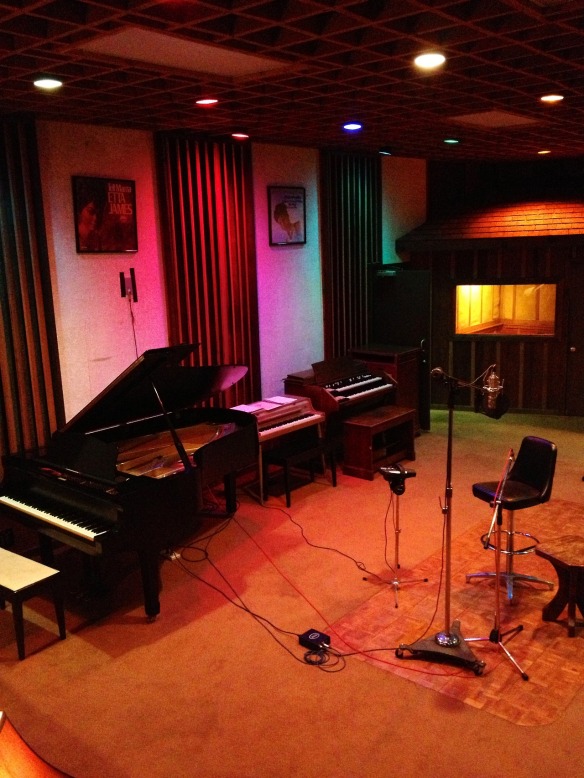 Just got back from a really cool road trip.  Long drive to AL, but did some really interesting things.

Got a private tour of Fame Studios by the founder, Rick Hall.  Spent about two hours with him and my two friends in his office.  Unbelievable the amount of artists that recorded there and how much music came out of the area.  Met several of the Swampers who recorded with Aretha Franklin, Wilson Pickett, the Rolling Stones, among many others.  Really cool, down to earth and humble considering the kind of things they’ve done.

Saw the Muscle Shoals documentary.  Great film.  Great cinematography.  Half the people in the film were seated at tables around me.  Many of them played in a concert afterwards.  Everyone there was so nice too.

Just one of those opportunities that I feel very fortunate to have had.

Went for some of my shop supplies at my parents place today.  This caught my eye and I picked it out of the fire wood.  Oak with some beautiful figure.  Wish I would have seen the bigger pieces before they made it to the wood pile.