Up early again.  My mind just doesn’t stop sometimes.  I need to work on that.  So since I’m up, here is some nonsense…

Spent about 5 days with my best friend in NC.  Got back late Wednesday.  Had a great time, but was ready to get back and get some things done.

Picked a color for my shop, painting was finished about a week ago.  Started moving things in.  Moved both benches in, now to bring in the tools and all the other stuff.  Got some aluminum bar stock that I’ll use to fabricate rails to hang everything on.  I’ve made these before, kind of like heavy duty picture rails.  All the walls are brick, so once its hung, it makes everything easier to hang and moveable.  Realized last night that I need much better lighting.  Have a few thoughts on a fixture or two to make.

Tried on a new suit and sportcoat because all my old ones are too big.  Picking them up Monday after they are tailored.  I rarely dress up but I have a trade show next week and I want to look sharp.  Had a couple suits custom made in Hong Kong on a business trip a few years ago.  Thankfully they fit my dad like a glove now.  I wouldn’t have gotten rid of them, and I am glad he can wear them as opposed to me storing them in the closet.

Did a voiceover for a video for work as well.  People always ask me to do that stuff.  I hate the sound of my voice, but I guess it is kind of deep.  We have an employee thats going to school for audio and video production.  He had a nice set up with the big condenser mic and pop guard.  Sounded great through the headphones, those mics really bring out the low frequencies.  If I would have known I would have worked up a script and done an alternate parody track in movie trailer style.

Going to pick up more old Martin guitar wood this afternoon.  Think I have all of it but some rosewood backs which were promised to a professional luthier.

Went to two parties last night.  One right across the street in a gorgeous house.  Talked local business with the hosts, the mayor and other folks.  Next party at my friends house.  Played upright bass with the other musicians there and drank German beer.  A little fuzzy this morning, such a lightweight  these days, snow shoveling helped.  Just got invited to a new years party by my local brewer friends, that should be fun.  Some people consider themselves social butterflies.  I’m starting to think of myself as a social moth.

Gotta knock some things out on the house so I can get moving on building my workshop in the basement.  Itching to make stuff… 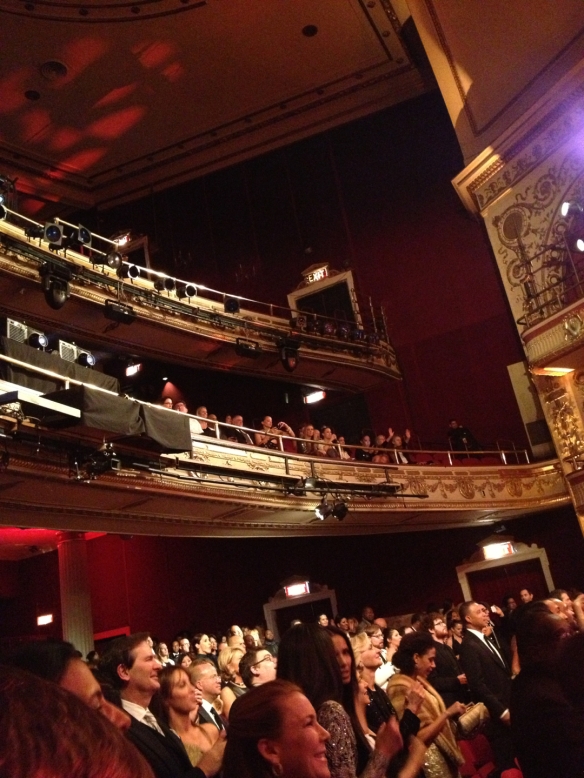 So my walnut veneer bow tie and accessories were fine. A couple compliments but mostly unnoticed.
Had third row seats for the show. The pic is from my seat. Sat next to a former senator and in front of a few of the performers and honorees. It was surreal.
And I always have people that think they know me. That happened a couple times too. One apparently thought I was Aerosmiths manager.
Don’t know if I’ll ever have a seat like that at a high profile event again.